As you already know, trading procedures in the mutual fund industry are being reviewed. We thought you may want to know our position on this issue. We are not the final authority on this subject and these are simply our thoughts.

Mutual fund investigations have focused on two areas of trading: late trading and market timing. Late trading, which is illegal, refers to the activity of placing a buy or sell order of a mutual fund after the market closes (4:00 p.m. eastern time) and still receiving that day’s price per share. Late trading benefits investors by allowing them to trade on news that occurred after the end of the trading day at prices not available to other shareholders. Market timing refers to frequent moves in and out of the market. Market timing is legal. The complaint is that market timing, in certain situations, is “inappropriate” and could harm other investors (most of you know that we do not believe that market timing works).

It is our understanding that the top 80 mutual fund companies have been asked to provide the SEC and other regulatory bodies with information regarding their trading practices, so don’t be surprised if you recognize a name in the news. Highly publicized names like Putnam and Strong are not accused of the illegal activity of late trading, but of insufficient oversight in the gray area of market timing.

Is there anything that you should do?

First, we caution investors not to get swept up in the media storm. If you purchased funds from a mutual fund company criticized in the news, remember you own the stocks and/or bonds mutually owned by the fund shareholders; you do not own the stock of the company being criticized. Therefore, if any values go down due to this short term crisis, it will be the stock of the managing company, not the securities of the companies they have purchased for you.

Second, projected and estimated losses reported in the newspapers might sound large because they are talking about one cumulative number; however, if losses exist, the number would be relatively small for any individual investor. According to Stanford University finance professor Eric Zitzewitz, any losses are likely to add up to 1% or less in lost returns in a given year ($10 or less for each $1,000 invested.) (Wall Street Journal 11/4/2003) An article in the December issue of Forbes put it this way “ Putnam is the nations fifth largest fund family, with $146 billion In fund assets, according to Lipper. The reported $700,000 in improper trading profits several of it’s traders made amounts to a 20th of a basis point, or 48 cents per $100,000.” At this time, it is not clear what losses will be and any estimates are purely speculative.

Third, Stay focused on what is important. Negative, sensational reporting of this problem sells magazines and newspapers but it is not intended to help you earn more on your investment portfolio. Dalbar, Inc. reported in a 2001 study that for the period from January 1984 through December 2000 “the average equity fund investor realized an annualized return of 5.32% compared to 16.29% for the S&P 500 Index”. The reason for the stark difference in returns is that many investors jump in and out rather than remaining invested. We feel at this time, the best course of action is to monitor the situation but stay the course with your current investments.

As the “Dean of International investing”, Sir John Templeton, has frequently reminded us, “Investing is risky for many reasons and the possibility of corporate malfeasance or impropriety is one of them, but…the opportunities are still great”. 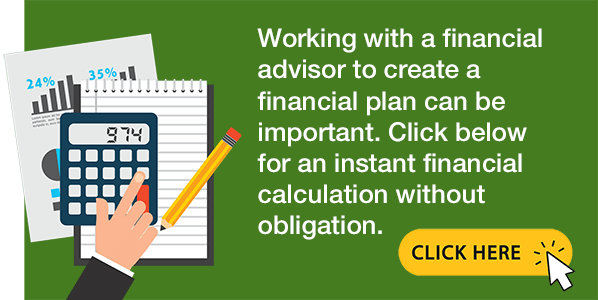